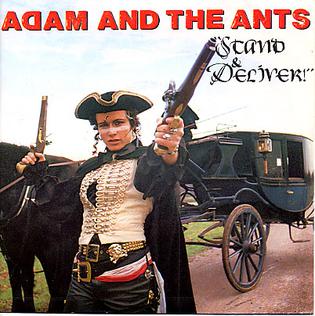 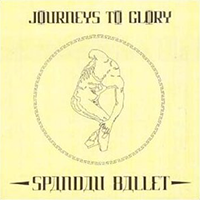 Journeys to Glory was the first studio album by Spandau Ballet. It was released on 6 March 1981 by Chrysalis Records, just ten days after its recording at Trident Studios. The first editions of the vinyl version (like mine) have an embossed cover. just 5,000 of these were pressed rendering it something of a collectors item some 36 years on.The album was re-released in a remastered and expanded 2 CD Special Edition on 8 March 2010.

When it was released the album was considered “fresh, bold, and even somewhat avant-garde”Many fans feel that the spare, drum-led, funk-undertones are more original than the group’s later soul-influenced recordings. AllMusic describes the recordings as “completely unforgettable” and Hadley’s semi-operatic vocals as “really strong” and demonstrating a “willingness to experiment”.

They achieved success in the late 1970s and early 1980s, releasing nine UK Top 40 hits, including the 1982 Top 10 hit “Ghosts”, and scoring a UK Top 5 with the live album Oil on Canvas (1983). The band split in 1982, just as they were beginning to experience significant commercial success in the UK and abroad. Its members went on to pursue other musical projects, though they reformed briefly in the early 1990s under the name Rain Tree Crow, releasing an album in 1991.

In Vogue is a post-split compilation drawing on the first two albums (Adolescent Sex & Obscure Alternatives) with a couple of twelve-inchers thrown in for good measure.

For the second instalment of the 2015 Jemtunesography A-Z, we’re staying with the alphabet theme. Formed originally in Sheffield in 1979 and picking the name of ‘Vice Versa’, the band changed their name to ‘ABC’ a year later when frontman and singer Martin Fry joined.

Their first single – Tears are not enough – released in October 1981 broke into the UK top 20 and the band quietly became one of the leading contenders in the New Romantic attempt to dethrone the likes of Duran Duran and Spandau Ballet.

The follow-up single – Poison Arrow – released five months later put them in the lead contender spot and the third – The look of love – in May 1982 saw them take the crown.

ABC went on to release hit after hit and ruled the 1980s. Sadly though, Martin Fry became very ill in the 1990’s and, despite a good recovery, two later albums didn’t have the same aplomb of their earlier success.

A come-back album of sorts – the 2008 release of ‘Traffic’ enjoyed some success but, although only Martin Fry remains from the original line-up, there’s some suggestion now that a new album might be on the horizon.

In June 2014 a dozen early master-tapes were discovered in one of the studios ABC had used in the early 1980s. These include a number of rare remixes and alternate takes as well as some fully mixed but totally unreleased material cut from the final pressings of the first three albums.