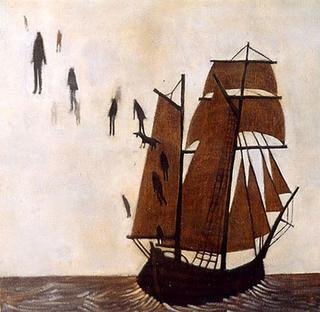 Castaways and Cutouts was the first full-length album by The Decemberists, originally released on May 21, 2002, on Hush Records and reissued on May 6, 2003, on Kill Rock Stars. The album’s title is taken from a lyric of the song “California One/Youth and Beauty Brigade” featured on the album and in the YouTube clip below.

The album cover was designed by the Portland artist Carson Ellis, the long-time girlfriend (now wife) of frontman Colin Meloy. She has created artwork for each of the band’s albums.

Bonxie was the third and final album from Oxford’s Stornoway, released in April 2015 on ‘Cooking Vinyl’.

Briggs and Ouin met during Freshers’ week at Oxford; Briggs thought Ouin looked like a member of Teenage Fanclub, a band both of them liked that became a topic of their first conversation. Soon after, the two began playing music together. They advertised for a bass player, and Oli Steadman was the only person to respond to their advert. Oli Steadman’s younger brother Rob Steadman later auditioned for the role of drummer.

The band is named after the Scottish town of Stornoway on the Hebridean Isle of Lewis, which appears on all British televised weather reports and shipping forecasts. The band had never been to Stornoway when they decided to name themselves after the town. They played their first gig there on 9 April 2010 and also signed their contract with label 4AD, a British independent record label part of Beggars Group, there as well.

In a 2010 interview with British music blog ‘There Goes the Fear’, Brian Briggs described the band’s hunt for a name…

“We were looking for somewhere that sounded a bit distant and remote and coastal. And it was a very long process, and quite a fun process that I think every band goes through trying to get the right band name. And we had a massive list, pages and pages, and the only thing that they had in common was that they were all slightly coastal or maritime-themed. So we were looking in books about knots and, I dunno, guides to natural history of the seashore. And we tried quite a few out and they all failed, and this was the only one that stuck, and it was reinforced by the fact that if you see at the BBC weather forecast, Stornoway is up there … so we get this wonderful free promotion every time there’s a weather report.”

In October 2016 the band announced that they would be splitting up after a farewell tour during spring 2017. Primarily because Brian Briggs was off to become the head warden on a nature reserve in Wales.

Stornoway played their final show in Oxford on 12 March 2017; we were fortunate enough to see them in Brighton two days earlier on 8th March. 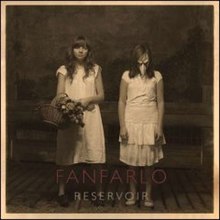 Fanfarlo’s debut album was recorded in October and November 2008 at Tarquin Studios in Bridgeport, Connecticut, United States and was produced by Peter Katis. It includes the band’s featured singles “Fire Escape” and “Harold T. Wilkins, or How to Wait for a Very Long Time”, which were released on preceding EPs. Three further singles, “Drowning Men”, “The Walls Are Coming Down” and “I’m a Pilot” were released from the album in the summer of 2009.

Second studio album from this Oregon trio which I purchased from the Merch stall after seeing them at Brighton’s “The Jam” (now ‘Sticky Mike’s Fog Bar’ just after its release.

The title track remains my favourite.

The first single from the band’s self-titled debut album released in 2008.

I was following the pack, all swallowed in their coats
With scarves of red tied ’round their throats
To keep their little heads from falling in the snow, and I turned ’round and there you go
And Michael, you would fall and turn the white snow red as strawberries in the summertime