The third album from Wishbone Ash was released in April 1972. It was named “Album of the Year” in the 1972 year-end issue of Sounds magazine. It’s considered to be a landmark album in the progression of twin-lead guitar harmonisation later adopted by bands such as Thin Lizzy and Iron Maiden. The bulk of the melodies and lyrics were provided by bassist/lead vocalist Martin Turner, although all members contributed to the song arrangements.

In 2002, an expanded CD was released, featuring a remix (by Martin Turner) of the original album as well as 3 live tracks from the EP Live from Memphis promotional EP, recorded in the studios of WMC-FM.

In 2007, a deluxe edition was released. This included the 1972 mix as well as additional BBC Session tracks.

In 2008, Martin Turner’s Wishbone Ash released a new studio recording of Argus. Andy Powell’s incarnation of Wishbone Ash also released its own live version of the album entitled Argus “Then Again” Live. Martin Turner’s Wishbone Ash played the entire piece live for the first time in February 2008 – the first time any incarnation of the band had done so – and embarked on a lengthy Argus tour. Andy Powell’s band followed suit and added the full piece to their repertoire for several shows. 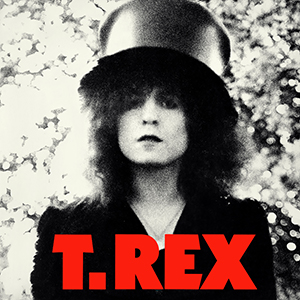 The album notes for the 7th T.Rex studio album, released in July 1972, credit Ringo Starr with the front and back cover photographs. The photographs were taken the same day that Starr was filming the T. Rex documentary Born to Boogie at John Lennon’s estate, Tittenhurst Park.

The album reached No.4 on the UK album charts. Metal Guru was one of its singles releases. Foxtrot was the fourth studio album by Genesis, released in October 1972 on Charisma Records. It was their first album to chart in the UK, reaching number 12, and featured the 23-minute track “Supper’s Ready”.

The album was recorded following the tour in support of their previous album, Nursery Cryme (1971), which saw them gain popularity, including a well-received slot at the Lincoln Great Western Festival. It was written over the summer of 1972, and combined songs that had already been performed live with new material worked out in jam sessions. Recording began in August, but tensions arose between the group and producer John Anthony and they were abandoned. After a short Italian tour, sessions resumed with Dave Hitchcock.

The cover was the final Genesis work to be designed by Paul Whitehead, featuring a fox wearing a red dress. Frontman Peter Gabriel wore the dress and a fox’s head on stage for the following tour, which gathered press attention and greatly improved the group’s profile.

Foxtrot was the band’s greatest commercial and critical success at the time of its release, selling well in the UK and Europe, and receiving largely positive reviews. A non-album single, “Happy The Man” was released at the same time. The album has continued to attract critical praise, and was reissued with a new stereo and 5.1 surround sound mix as part of their 2008 Genesis 1970–1975 box set. 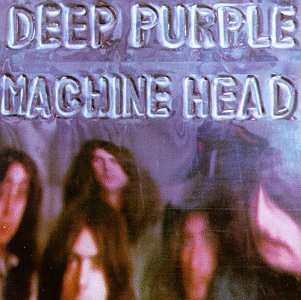 Deep Purple initially planned to record Machine Head in December 1971, at Montreux Casino in Switzerland. A mobile recording studio owned by the Rolling Stones had been booked and hotel reservations made, but lead singer Ian Gillan contracted hepatitis. Cancelling a forthcoming tour of America, the band placed all their plans on hold, and Gillan was advised by his doctor to spend the next few months recuperating. Nevertheless, enthused by the new project, the band travelled to Switzerland to begin recording.The Casino was a large arena built in a complex of casinos, restaurants and other entertainment facilities. The band had performed at the location in May 1971 at the invitation of Claude Nobs, founder and general manager of the famous Montreux Jazz Festival. Amongst others, Led Zeppelin, Pink Floyd and Black Sabbath had all performed there.

Frank Zappa’s concert of 4 December at the Casino was made infamous when a member of the audience fired a flare into the building’s roof. Although there were no fatalities, the resultant fire ruined Deep Purple’s plans. Nobs relocated the band to a nearby theatre called the Pavilion, where they recorded the basic tracks for a song provisionally named “Title No. 1”. Bass player Roger Glover said he woke up one morning saying the title “Smoke on the Water” out loud. Later Gillan, based on the title, wrote the lyrics describing the band’s experience in Montreux, recording the Machine Head album. A photograph of the burning Montreux Casino would ultimately be included in the gatefold of Machine Head’s album cover.

The album was released in March 1972.

Released on 13 September 1972 by Atlantic Records, Close to the Edge was the 5th studio album from Prog Rock gurus, Yes. Following a tour in support of their previous album, Fragile, the band returned to Advision Studios in London to record their next album. Self produced with the help of audio engineer Eddy Offord, the album has just three tracks: “Close to the Edge” on side one; “And You and I” and “Siberian Khatru” on side two.

When recording for the album finished, drummer Bill Bruford, frustrated by the band’s style and laborious recording in the studio, left to join King Crimson.

Close to the Edge became the band’s greatest commercial success at the time of its release, reaching No.4 on the UK Albums Chart.It was reissued in 1994, 2003, and 2013, the latter including unreleased tracks and a new stereo and 5.1 surround sound mix by Steven Wilson. 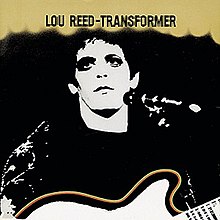 Lou Reed’s second studio album, Transformer, produced by David Bowie and arranged by Mick Ronson, was released in November 1972 by RCA Records. Bowie had been an early fan of the Velvet Underground, and used his own fame to promote Reed, then a cult favourite who had not yet achieved mainstream success, and had seen his self-titled solo debut album released a year earlier fall into obscurity.

As with its self-titled predecessor, Transformer contains songs Reed composed while in the Velvet Underground (here, four out of ten). “Andy’s Chest” was first recorded by the band in 1969 and “Satellite of Love” demoed in 1970; these versions were released on VU and Peel Slowly and See, respectively. For Transformer, the original up-tempo pace of these songs was slowed down.

The first single from the album, “Walk on the Wild Side”, became an international success, despite its controversial subject matter (it was edited in some countries and banned in others). It is now generally regarded by fans and critics as Reed’s signature tune.

In 2002, a 30th anniversary edition of the album was released; in addition to demos of “Hangin’ Round” and “Perfect Day”, it includes a hidden track featuring an advert for the album. 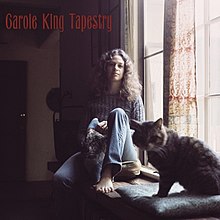 Tapestry is the second studio album by American singer-songwriter Carole King, released in 1971 on Ode Records and produced by Lou Adler. It received four Grammy Awards in 1972, including Album of the Year.

The lead single from the album — “It’s Too Late”/”I Feel the Earth Move” — spent five weeks at number one on both the Billboard Hot 100 and the UK charts. In 2003, Tapestry was ranked number 36 on Rolling Stone list of the 500 greatest albums of all time.

Tis was the fourth studio album by Canadian singer-songwriter Joni Mitchell. Exploring the various facets of relationships from infatuation on “A Case of You” to insecurity on “This Flight Tonight”, the songs feature simple accompaniments on piano, guitar and Appalachian dulcimer. 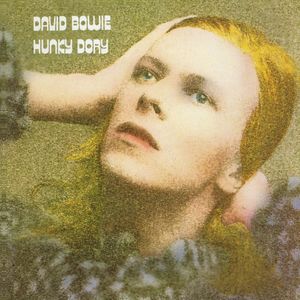 Hunky Dory was David Bowie’s fourth studio, released on 17 December 1971 by RCA Records.It was his first release through RCA, one he kept for the next ten years. AllMusic describes Hunky Dory as having “a kaleidoscopic array of pop styles, tied together only by Bowie’s sense of vision: a sweeping, cinematic mélange of high and low art, ambiguous sexuality, kitsch, and class”.

The album has received critical acclaim since its release, and is regarded as one of Bowie’s best works. Time chose it as part of their “100 best albums of all time” list in January 2010, with journalist Josh Tyrangiel praising Bowie’s “earthbound ambition to be a boho poet with prodigal style”.

The album cover, designed by George Underwood, was influenced by a Marlene Dietrich photo book that Bowie took with him to the photo shoot.